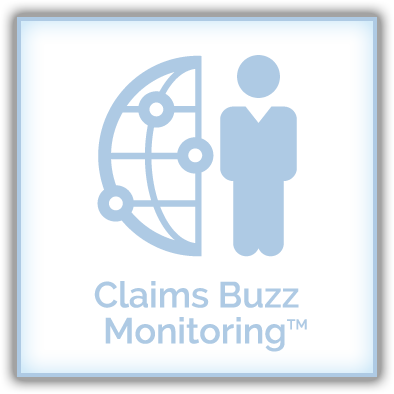 ORLANDO, Fla. – Nov. 14, 2017 – Command Investigations’ President and CEO, Steve Cassell, was recently featured in an article by Business Insurance on the subject of social media monitoring.

As experts in this arena, one of our services is Claims Buzz Monitoring™ – a pioneering technology that continuously monitors social media posts to identify activities that allows future targeted surveillance to be scheduled.

Business Insurance is a leading source of news, information and data on risk management, workers’ compensation and commercial insurance.

Double-dipping, Monday-morning injuries, faking, malingering and illegal banking activity are mainstays in workers compensation claimant fraud with no end in sight despite the fact that it’s now easier to get caught, according to experts.

“We are seeing the same things over and over again,” said Dan Fodor, assistant director with the special investigations department for the Ohio Bureau of Workers’ Compensation, which distributes public information on fraudulent claimants in an effort to raise awareness of the crime that often comes with prison time and fines in the tens of thousands of dollars.

“Insurance fraud, across the board, has gone up,” said Sam King, Glendale, California-based vice president of Fraud Investigations for Employers Holdings Inc., a holding company that specializes in workers comp insurance and services. “There’s an acceptance factor in the public that wasn’t there 20 years ago.”

“For whatever reason (offenders) think ‘It’s not going to happen to me, I’m not going to get caught,’” Mr. Fodor said of those who commit claimant fraud. “I think the bottom line is people want money; they want more money than they are entitled to. So they circumvent the system … and get caught.”

“It might be easier to tell you what I haven’t seen,” said Thomas Martin, president and lead investigator with Newport Beach, California-based Martin Investigative Services, which helps insurers and employers investigate fraud — a steadily increasing stream of business. Mr. Martin estimates that upwards of 25% of workers comp claims have some element of fraud involved. “It’s like a feeding frenzy.”

Mr. Fodor has a word for what is increasingly helping insurers and employers tackle the workers comp fraud problem: technology.

“While what they do hasn’t changed, how we find them has evolved with technology,” Mr. Fodor said.

For example, prescription fraud — especially when it comes to opioids — is a continuing problem, one easily mitigated by a doctor’s ability to check a prescription-monitoring database, he said. Forty-nine states now have such databases in place; Missouri is creating its own.

“(Social media) is an addiction; people can’t put their phones down,” said Mr. Cassell, adding that roughly 80% of adults use one or several social media platforms. “Lawyers always tell injured workers to get off social media, but social media doesn’t skip a beat. People drink a wonderful cup of coffee and they post about it.”

Or they play football, lift weights, get another job, and post photos and “brag”— examples of some of the cases Command has worked on in the past, according to Mr. Cassell, who cautions that firms such as his can only use information that is publicly available. And there’s no shortage, he added.

“Head and shoulders above anything else from falsifying an accident or exaggerating an injury, the biggest trend is how social-media monitoring is being used as an investigative tool to understand and predict future activities of these presumably injured people,” Mr. Cassell said. “People brag; it never stops.”

Mr. Cassell said one software program allows investigators to search upward of 200 social media sites. “All you need is an email address,” he said. “It’s all public information.”

In many instances, social media gives investigators the tip they need to know that video surveillance — which is more likely to be admissible in court because of the time stamp — might be necessary, said Mr. Cassell, adding that photos posted of an injured worker engaged in an activity could have been taken pre-injury.

Meanwhile, companies are also catching on to surveilling employees before an incident; real, exaggerated or fabricated altogether, experts say.

Take, for example, the widely publicized sprinkler-head incident, a video that has gone from employer to news outlet and now YouTube.

In the video, a woman is sitting at her desk in Fort Lauderdale, Florida, when a sprinkler head falls from the ceiling, hitting a space just in front of her. She picks up the sprinkler head, pauses, and — after a quick glance around — hits herself on the head with it. Voila!: workplace injury.

As reported in media outlets, her employer’s insurer got suspicious of the claim and referred the incident to Florida’s Division of Investigative and Forensic Services, which then requested security camera footage, now available on YouTube.

“Get good surveillance,” is a piece of advice Mr. Marasco tells clients grappling with questionable claims.

Aside from faking the severity of an injury, experts say real injuries that were incurred outside of the workplace are finding their way into the comp world. Injuries from extreme sports, gardening or merely tripping on an uneven sidewalk can wind up as workers comp claims, according to experts.

Here, surveillance also helps, said Mr. Marasco. “There’s surveillance in parking lots, too,” he said. “It’s interesting to see (a worker) hobble in on a Monday morning and, all of a sudden, has a workplace accident.”

As a strategic resource and committed investigative partner, Command Investigations has successfully blended the most sophisticated technology platforms with the finest staff to create a unique combination that leverages man, woman and machine.